Is Inflation Here to Stay?

Will things get more expensive in 2022?

The advent of Covid-19 brought havoc to the global economy and governments grappled to keep their countries afloat. Some managed and many struggled. Most countries chose to serve stimulus packages to citizens and businesses affected by the widespread restrictions, which turned into one of the triggers of the currently high inflation rates.

Living costs in Germany surged in 2021, driven by energy crises, supply chain disruptions, gains in commodity prices and the termination of reduced VAT rates. The rise in energy prices was considered to be the fundamental driver of increased in prices and economists expect it to continue through 2022.

As for inflation rates, in 2020 the average rate in Germany was relatively low at 0.5%, but the following year saw the brunt of disruptions and inflation shot up and December 2021 the increase in prices stood at a staggering 5.3%. This was recorded to be the highest inflation rate in the last 30 years since 1993. 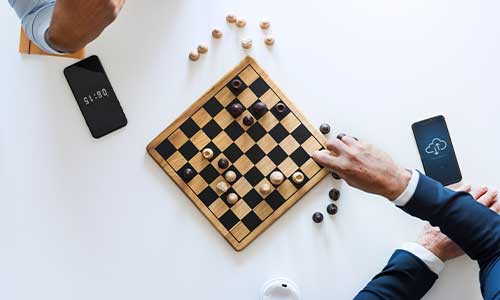 As of January 2022, the year-on-year change in consumer price index (CPI) stood at 4.9%; a slight improvement compared to previous months but still much beyond the desired rate of 2% by the European Central Bank. “The inflation rate slightly decreased in January, after it had reached its highest level in almost 30 years last December. However, it remains at a high level”, said Dr. Georg Thiel, President of the Federal Statistical Office.

Economists say that this upside in inflation could last longer in Germany and in Europe than was previously expected and there should be a repositioning of the markets to capture an early move on rates.

The sharp rise in gas prices has started to catch up to European consumers since the past few months which will be the likely reason for a continuing inflation.

The geopolitical situation between Russia and Ukraine is also expected to have an effect on the economies of the Eurozone. According to an article by the New York Times, there could be “dizzying spikes” in energy and food prices, increased inflation fears and caution on the part of investors. However, the immediate impact is not expected to be severe as Russia is not a significant contributor towards the global economy.

The supply of gas from Russia remains a question as nearly 40% of Europe’s natural gas comes from the region. Germany gets half of its gas supply from Russia which would increase had the Nord Stream project not been halted earlier this week. Countries are taking steps to blunt this impact on Europe, and economy minister Robert Habeck has said that Germany’s gas supply was secure even without Nord Stream 2, but that prices were still likely to rise further in the short term.

In conclusion, global growth and rising prices remain a concern for retail buyers and businesses alike. While inflation rates could continue to rise, markets would adopt a more bearish stance in the coming months. People across the globe are now watching closely for both major and minor disruptions in market liquidity and favouring a cautious stance, waiting for the events to unfold further.

Stay up to date with our newsletter directly into your inbox