It is no longer a secret that the European economy, and especially the German economy, is heavily dependent on fossil fuels from Russia. The last few weeks have now shown how real the threat of a cut in Russian gas supplies really is for the German economy and what consequences this would have for many companies.

Because many energy-intensive companies (e.g., out of the automotive, chemicals, steel, and recycling sector) rely on Russian natural gas for their production. However, if there are delays in maintenance work on the Nord Stream 1 gas pipeline, as is currently the case, not only economic players but also investors and shareholders become nervous – particularly in view of the low level of filling of Germany’s national natural gas reserves.

A look at the worst performers of the last two weeks shows that the European shares from precisely these sectors have lost above-average value and are now approaching their price level from the year 2020 in a continuous downward trend. Should there be a complete supply freeze of Russian natural gas (the danger is real), German reserves would allegedly last for just under three months – after that, both households and industry would have a serious problem. If this were to happen, it would give further fuel to the downward trend of shares from these sectors.

Long-term investors could well use the current prices to buy up, provided they are prepared to take a sector-specific risk in addition to the current high overall market risk. If, in retrospect, you realize that you had burned your fingers with an early entry, you may be consoled by the fact that many shares from the affected sectors often pay out a high dividend to their shareholders. 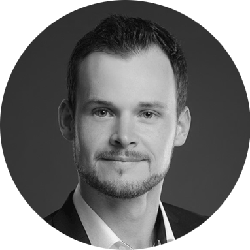