What Happened in the Crypto Space?

2021 was a banger of a year for the crypto space. BTC halving sparked a rally the year before and the coin was screaming higher through January only to lose more than half of its value from almost 65.000$ mid-April to a low of around 29.000$ four weeks later. In 2021 the world invested 30 billion USD into this decade old technology that is now totaling a market cap of almost 3 trillion USD.

But when looking back, price action seems just a tiny fraction of all the events that kept traders and builders on their toes during this year.

Right at the beginning of 2021 a theme emerged that would last through the entire year: Non fungible tokens or NFTs.

NFTs are digital tokens on the blockchain that represent something unique. NFTs have significance as they are able to prove the authenticity of digital or physical goods. Most importantly, NFTs cannot be changed or replicated, which proved to be a significant feature for the art market.

While one of the earliest forms of art on the blockchain are the cryptopunks – the project has been launched by LarvaLabs in 2017 – the 2021 NFT mania has been kicked off by the Cinderella story of Beeple.

The graphic designer and animator has been pushed into the top three of the most expensive living artists by the sale of his work “Everydays – the first 5000 days”. The piece has been auctioned by Christie’s as an NFT for 42.329,453 Ether in February21 which represented a value of 69 million US – Dollars.

Since then every major art gallery has jumped on the bandwagon, however the majority of NFT pieces are traded on platforms like OpenSea. While the NFT market is consolidating right now, there is still a lot to be expected from this segment going forward. 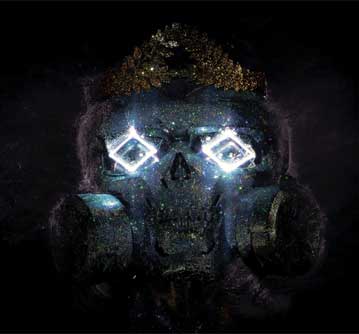 Tesla buys 1.5 billion US – Dollars’ worth of Bitcoin:

After a public back and forth twitter conversation between Elon Musk, CEO of Tesla and Michael Sailor, CEO of Microstrategy, that started in December 2020, Tesla announced in a filing with the SEC that it bought Bitcoin for 1.5 billion USD and plans to accept payments in Bitcoin in exchange for its products.

While Michael Sailor is already known as a Bitcoin maximalist who converted his company’s balance sheet entirely to BTC, Microstrategy nowadays isn’t much more than a giant Bitcoin fund in disguise. Tesla on the other hand is one of the key drivers at the forefront of 21st century technology and the BTC purchase kind of a go signal for other companies to follow suit and put at least some of their liquid assets into crypto. Shortly thereafter, Square also bought Bitcoin worth about 170 million USD at that time.

Although the company has been in the limelight due to all kinds of bad news such as hacked accounts, awful client service, employee inequality accusations and shaky trading infrastructure, it’s still the biggest most recognized crypto exchange in the US and the first few crypto exchange that successfully pulled off an IPO.

For the crypto market it was THE date to focus on, similar to the introduction of Bitcoin futures by the Chicago Mercantile Exchange in 2017. The listing was a victory for the entire market, as it was seen as an additional approval from traditional finance as well as a consent of regulators to work with crypto assets in the legal field.

Another huge event that completely changed the landscape of the crypto industry was the ban on cryptocurrency mining in China.

While government authorities already banned financial institutions and payment providers from providing services related to cryptocurrency transactions in May21, the mining crackdown was the biggest blow to the industry so far.

With the majority of mining operations located in China accounting for more then half of the cryptocurrency supply, the ban started a huge exodus and relocation of an entire industry. BTC dropped almost 10% but regained most of these losses thereafter.

What’s been more significant was the drop in hashrate by more than half in July and it wasn’t before December until the old highs of 180 terahashes per second were regained. China is betting big on the digital Yuan, a central bank currency that is built on a digital ledger but isn’t a cryptocurrency since it’s fully centralized.

In September 21 the government of El Salvador sent shockwaves around the world when it announced that they now accept Bitcoin as their national currency.

This highly controversial move of an authoritarian regime to install the libertarian ideologies of Bitcoin wasn’t just a marketing gag or political stunt. Declaring Bitcoin as legal tender it now must be accepted by creditors in payment of monetary obligations including taxes.

President Nayib Bukele doubled down on his bet. He introduced a Bitcoin Bond that should help to finance the so called Bitcoin City, a more or less tax free zone for everything related to crypto. Also Bitcoin is going to be mined with energy from a geothermal powerplant that is built on the volcano Conchagua. An investment of 100.000$ USD into these bonds grants residency by investment status and dividends are paid in addition to 6.5% annual yield.

For a country that is close to default and boasts an average annual income of not even 4000$ this is an insanely risky move which could pay off in a massive way if everything is orchestrated correctly. The country was immediately downgraded by traditional rating agencies yet received a lot of attention and interest from the growing crypto community. Depending on the state of the crypto market in general, chances are high that all tranches will be sold.

The emergence of Bitcoin ETFs:

To end the year with a bang, the crypto market welcomed the first US – listed Bitcoin ETF. The Bitcoin Strategy ETF (BITO) based on bitcoin futures from the Chicago Mercantile Exchange experienced such a massive inflow from institutions that it had to file an application with the CME to remove restrictions on the futures position limits. With one billion US – Dollar in trading volume on the first day, it was the second most successful ETF launch in history just a tad behind Blackrocks Carbon Transition Readiness ETF.

A physically backed ETF has yet to be accepted by the SEC but this is just a matter of time.

We did not even address all the regulatory changes of 2021, yet it’s a given that there will happen a lot in this field in 2022.

A market that is rather niche right now but should see a lot of growth in the future is the trading of undercollateralized derivatives in DeFi Protocols. Rather uninteresting for the mainstream and retail clients, these risk management tools are a vital backbone to a functioning credit market in the crypto space.

Stay up to date with our newsletter directly into your inbox!